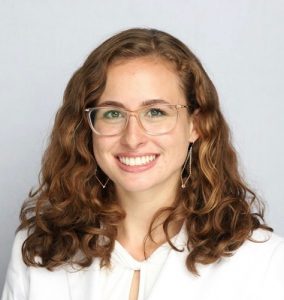 The winner of the 2020 Doug Damerst scholarship is April Rubin, a rising junior at the University of Florida pursuing a major in journalism and minors in anthropology and Latin American studies. She is from Miami, Florida, and this summer she is an intern at her hometown newspaper, The Miami Herald, as a general assignment reporter. She will also participate in the National Association of Hispanic Journalists student project. In Gainesville, she has reported and edited for student newspaper the Independent Florida Alligator, NPR/PBS affiliate WUFT News, and the Gainesville Sun. She is grateful for the support from the Florida Magazine Association.

Here, Rubin discusses what inspires her to be a journalist and how she hopes to carry on Damerst’s trademark high-level journalism and ethics.

What inspired you to pursue journalism/communications as a career?
I have always loved connecting with others and telling stories, but I didn’t realize where that would take me as a career until I started college. I declared my major as journalism when I applied because the communications industry interested me, but as soon as I started getting experience, I realized it was the perfect fit for me. I love that I get to learn something new every day while teaching others. I am interested in giving all voices a platform, bringing accountability to those in power and making information accessible.

What are your professors telling you about the future of our industry?
My professors have told me that the industry is becoming more and more challenging to be part of, but that it is just as important as ever. Every year they teach, fewer journalism majors actually want to be journalists. But they have hope in those of us who do. I have never felt discouraged by a University of Florida professor – although they recognize that the future of the industry seems bleak, they also tell me that they have faith in my ability as a reporter.

Which interviews/stories have had the most impact on you so far?
I enjoy reporting stories in which I can connect with people. One of the first longer stories I did for the Independent Florida Alligator, my school newspaper, was the first time I felt this. I wrote about the African American studies program’s transition to department status and what this meant for students and faculty. There were some who had been waiting for a change like this for decades. More recently, I have written profiles for the Miami Herald that impacted me similarly. They were about a WWII veteran near Memorial Day, a 100-year-old Holocaust survivor on her birthday and a local Black muralist during the Black Lives Matter protests. Getting to connect with sources and their stories is part of what brings me to journalism.

What jobs do you want to pursue after graduating?
After graduating, I hope to be a reporter for a newspaper or digital publication. The beats that interest me right now are education, politics and community topics. I am drawn to these because they mix human-interest topics with policy both at a local and national level.

What’s the best advice you’ve received so far about being a writer/reporter?
One of my professors told me that no assignment is too small for me to write. He said that some of the best stories come out of assignments that seem mundane, and I should put as much effort into those as I would others.

What would be your dream assignment?
My dream assignment aligns my passion for storytelling, learning about people and travel. While I don’t have a specific pitch, I think that it would be a great experience to showcase the ways different people do one thing around the world. It would be interesting to see how something such as a religious ritual or a food tradition can tie people across the world together while having differences between the specifics.